How Do You Frame a Basement Wall? 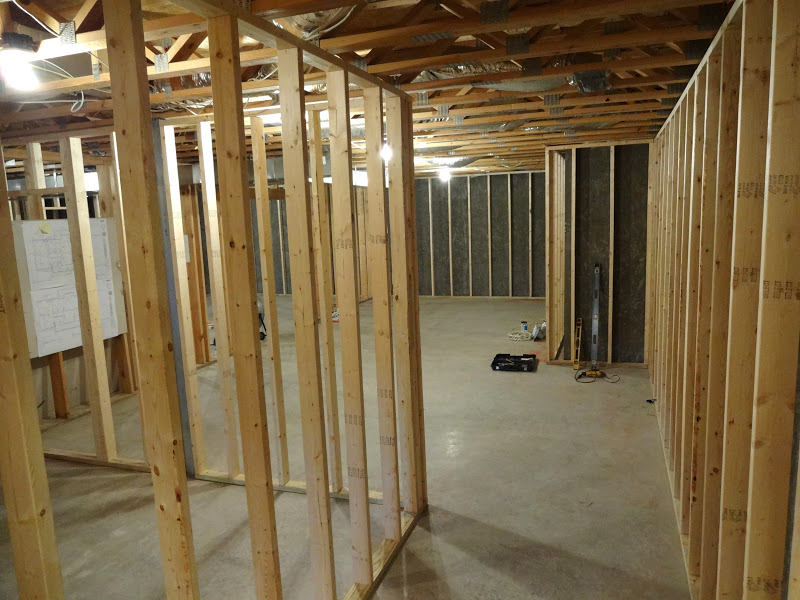 Framing all of your 2″ x 4″ basement walls is really the first big “hands-on” stage of the basement finishing project. I love to frame! At the end of the day it really looks like ya did something amazing!

So how do we go about this in the most logical, simplest way? Which is the right way to frame…which is the wrong way? It seems everybody has their own version of how to frame basement walls.

But, really…there is only one correct way to frame basement walls, and after 22 years of basement wall framing experience, I know this method to be 100% correct. I’ve tested it on over 550 basements that I’ve personally framed, so you might want to listen-up…

So here it is…the BEST way, and the correct way to frame not just basement walls but any framed wall is:

“build it flat on the floor completely first, and then stand the entire completed wall up in one finished wall section, and then slide it into fastening position” 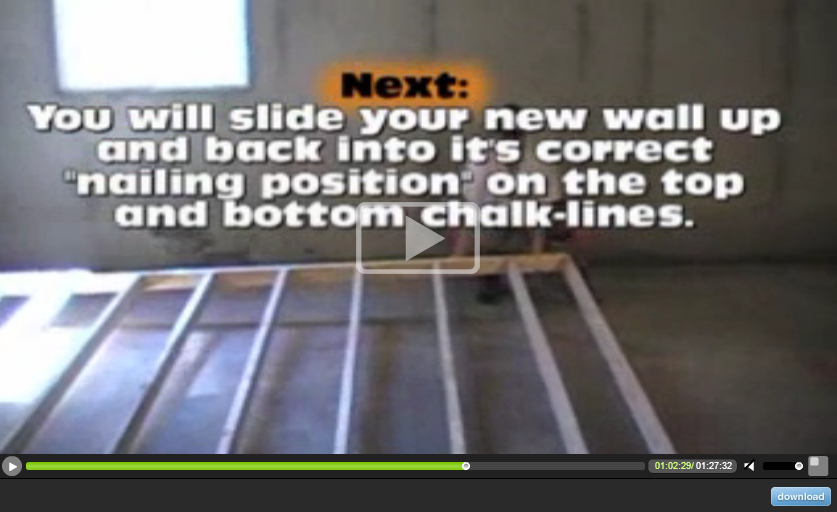 Now…there are others who will tell you to “stick-build” all of your basement walls in-place.Stick building is when you cut and insert one 2″ x 4″ wall stud at a time into the wall between the top and bottom plates. This is not only the long road and the most time consuming way to try and frame walls, it’s technically and structurally wrong.

When you build your walls lying flat on the floor you are applying a nailing method called “End Nailing”. End Nailing is where you drive your nail straight down through the top and bottom of the plates first and and directly down into each wall stud. This is the strongest union between your wall plates and your wall studs. 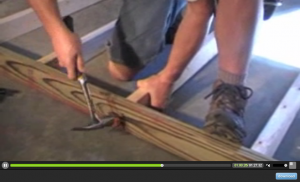 Your nails go straighter and deeper into the plates and into the 2″ x 4″ wall studs when you “End Nail” your wall framing together. Another advantage to End nailing walls is that it’s so much easier to nail walls together while they are lying flat down on the floor. Now compare this to toe nailing where your struggling to hold each individual stud while trying to nail it into position. Toe nailing also forces you to use a ladder at each stud location to nail the top of that stud to the top plate, so your up and down a ladder at each stud as well when toe nailing.

“Toe nailing” also easily splits the the ends of your wall studs because of the funky angle your nail will be on when it enters the wood. Toe-nailing is a frustrating and a very amateur way of framing walls. 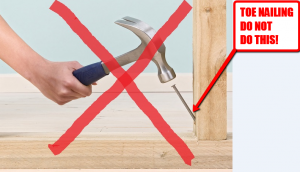 Toe-nailing is also a much weaker way of framing, because of the simple fact that your nails do not go the whole way through the top and bottom plates…very bad! And… it’s a pain in the ass! Because EVERY SINGLE NAIL YOU INSTALL IN YOUR WALL FRAMING HAS TO BE PUT IN ON AN ANGLE!

Toe nailing is usually only used when you must go back and “add a stud” later in the project if you are making changes to a wall, but should NEVER be used to frame an entire basement…that’s just crazy!

If your planning on doing all your own framing you will no longer be a “newbie” after you complete this framing training…that’s a guarantee!

So what have we learned:

REASONS TO BUILD YOUR WALLS LYING FLAT ON THE FLOOR:

Below is a video of us installing a wall that we built lying flat down on the floor using “face nailing”. We NEVER could have built this wall by “stick building” and toe nailing because we are under the duct-work trunk and would have had no place to nail our top plate to the ceiling joists!

This is just another reason why using End Nailing and building flat on the floor is the BEST way to Frame your basement walls!

WATCH THIS VIDEO BELOW!

Good luck with your basement wall projects. I’m always here if you have any questions about your basement project! Just leave me a comment below and respond the same day! 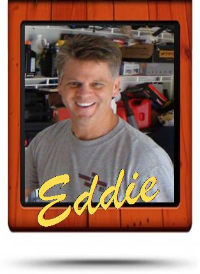 A membership to Basement Finishing University includes everything you need to finish your own basement:

Plus get your free basement cost calculator and find out what your finished basement will cost you!

The Basement Finishing University is dedicated to anyone thinking about finishing their own basement. Here you can learn how to finish the entire basement project yourself or partially finish your basement with the help of subcontractors. Whatever goals you have for your basement, chances are we can help you achieve them.