I never though that I would be teaching anyone how to finish their basement as part of my on-going remodeling career. The though never even crossed my mind way back 2002, the year I started my basement finishing business…But here I am doing just that!

everybody said that I was nuts! Most of my family, friends and contractor co-workers told me that “you can’t just run a business that only remodels basements…it won’t work!” Hmmmmm? Okay if you say so!

Well it turns out…they we’re all wrong! Basement finishing over the last 25 years has exploded and has become one of the mainstream remodeling businesses that many MANY people own and run all across the USA and Canada.

I’ve just passed my 600th basement finished to date mark this year, and have learned a TON about how basements should be finished. Along the way, I’ve hired and trained dozens of men and women to work along side of me, that have helped me finish all those basements.

I’ve trained people at every skill level, from absolute total newbies right on up to guys with 20+ years contracting experience the “art” of basement finishing. I watched some of those trainees go from not knowing how to read a tape measure or even hold a hammer properly, to becoming polished seasoned basement finishing pro’s…some of which now own their own basement finishing company’s!

But…the way I got started teaching average homeowners to finish their basement all by themselves, without me physically being there with them, began by chance really. I made a few YouTube Videos with an inexpensive digital camera, of me and one of my my guys doing some 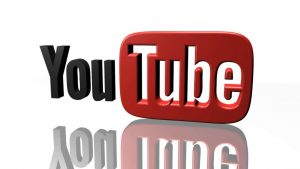 When I got home I uploaded those small 5 to 10 minute clips to YouTube( maybe 3 or 4 videos) so other people searching YouTube could see how we were framing our basement walls…definitely nothing fancy with the video camera here!

But here’s where it get’s crazy. I had forgotten about the YouTube Videos for about a month or so…never checking to see if anybody even cared about these videos on my channel.

But…when I did login to my channel to my surprise, in just 30 some days time, I had something like 100,000+ views and several hundred new subscribers watching these videos! There were hundreds of comments as well, and the comments were all positive.

People were loving the framing videos and had a ton of questions about what to next and then what to do next after that! That’s the day my career and my life began to really to change. I realized that people wanted to know how to do this and there was nothing on the market that was meeting their challenges.

VIDEO was the answer to their problems. These homeowners wanted to “see basement finishing happen in real time videos from start to finish” with “no holes” in the training. They we’re gobbling-up the training videos as fast as I could make them and get them up on my YouTube channel.

My videos we’re helping people frame their basement themselves. I knew that if I just mapped-out the rest of the 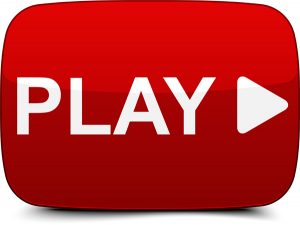 basement finishing process from A to Z and, could do it using step-by-step videos, that I could help thousands more people do something most NEVER believed they could!

So I made the decision at once, to create my first online basement finishing training course geared for diy homeowners at any level of remodeling experience. This was 2008…since then my Basement Finishing Training courses have helped over 11,000 homeowners finish their basements all by themselves…and I feel honored and appreciative of all those students who put there faith in me, and invested in these diy training courses.

Since 2008 until present I have had the pleasure of working with my good friend Tom Verbinski. Tom is a seasoned Pro across the remodeling business spectrum. Tom is an ace mechanic in the Electric, Plumbing, HVAC departments and can do anything else basement finishing related. He’s a big part of the online course success and is active in most training videos we produce.

We as Instructors strive to educate homeowners as to the CORRECT way to finish a basement. We do things “by the book” and DO NOT CUT CORNERS to save time. If your learning from us…your learning how to do things as they we’re professionally meant to be done…PERIOD.

used the training successfully, and have gone on to produce jaw dropping finished basements all on their own. >>>>   STUDENT HOMEOWNER TESTIMONIALS

I’m not writing this blog post to boast about my online training course achievements, rather to let you know that it is possible to finish your own basement. And that if you decide to join us at the Basement Finishing University(BFU) members area, I will be there personally to help you get from where your basement is right now to where you want it to be when it’s finished…BY YOU!

“It’s Time To Put Your Tool Belt On!”

A membership to Basement Finishing University includes everything you need to finish your own basement:

Plus get your free basement cost calculator and find out what your finished basement will cost you!

The Basement Finishing University is dedicated to anyone thinking about finishing their own basement. Here you can learn how to finish the entire basement project yourself or partially finish your basement with the help of subcontractors. Whatever goals you have for your basement, chances are we can help you achieve them.